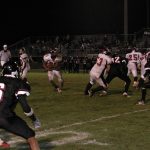 Patriots Win Big Rival Game with Sparkman Senior Chris Cooper ran for one touchdown, threw for another, took over the punting duties, intercepted two passes, returned punts, and probably sold two bags of popcorn to the Sparkman cheerleaders…a huge night for a senior in his last game against arch rival Sparkman. Sparkman won the toss 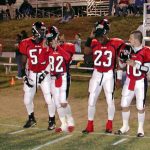 Patriots Lose Critical Game Austin won the toss and elected to receive the ball in the second half. The Black Bears kicked off short all night it what appeared to be an attempt to keep the ball away from the speedy Patriot return men. Dean connected with Cooper on 1st and ten from the Bob 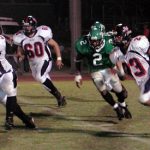 Patriots burned by John Carrol, minus Steele John Carroll received the opening kick-off and executed only three plays before punting the ball back to the Patriots. The Bob Jones offense had a great start. A pass to Dirk Caudle for a first down, another pass to Caudle for another first down, a run by Max 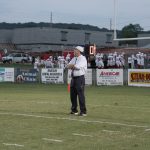 Bob Jones Takes Over In 2nd Half Bob Jones won the toss and took the ball. Drove it down to inside the Trojan five and fumbled. Patriots got burnt on 90+ yard pass to put Hazel Green up 7-0. Patriots came back quickly on Max Martin running to make it 7-7 at end of 1st 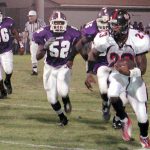 Bob Jones Fall In Overtime Classic Bob Jones’s overtime game against Minor on Friday night was the best high school football game I have seen since the Lincoln County Falcons beat the Gallatin Green Wave 13-10 in overtime for the Tennessee State Championship in 1982. The Bob Jones Patriots went into this week’s Minor game 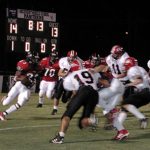 Patriots get hurt on big plays and penalties A fumble on the Patriot’s first offensive play proved to be a bad sign for how the rest of the night would go for Bob Jones. Decatur’s Shackleford ran for a 30 yard touchdown on the game’s next play. With the PAT, the score was 7-0 after 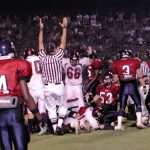 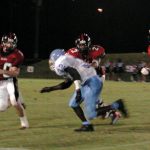 Dean has Big game.. Passing & Running Coach O’Conner’s Lee High Generals came out and took it to Bob Jones in the 1st half of the Patriot’s season opener. The Patriots started strong by holding the Generals on their first possession. Ryan Somrack received the Lee High punt and moved the ball to the 27 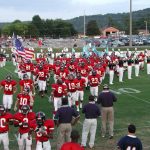 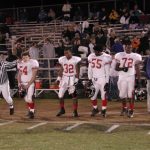 Max Martin breaks long runs to lead Patriots to victory Bob Jones won the toss and decided to receive the ball to start the game. On the Patriots first possession they gained one 1st down but then had to punt on a 4th down and long. The Panthers took over at their 39 yard line