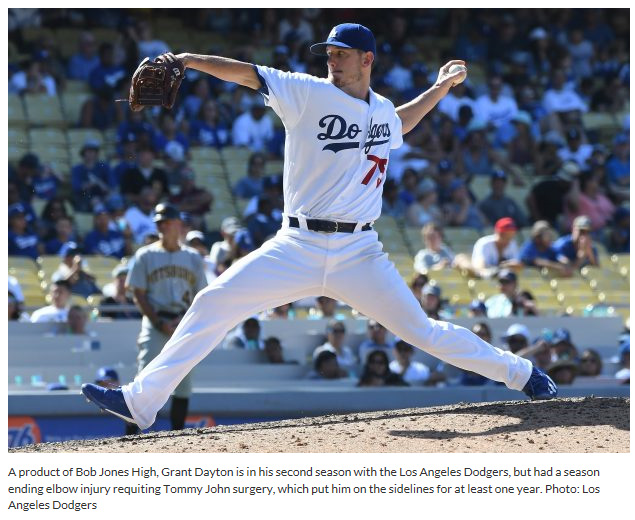 ATLANTA — Alex Anthopoulos’ first two transactions as the Braves’ general manager were influenced by the familiarity he gained with the Dodgers’ bullpen as he spent the past two years serving as Los Angeles’ vice president of baseball operations.

The Braves claimed left-handed reliever Grant Dayton off waivers from the Dodgers on Monday night and later announced right-handed reliever Josh Ravin had been acquired from Los Angeles for cash considerations. These two hurlers joined left-handed pitchers Adam McCreery and Ricardo Sanchez as the latest additions to the Braves’ 40-man roster. McCreery and Sanchez were added ahead of Monday’s deadline for all MLB teams to announce which eligible prospects would be protected from the Rule 5 Draft.

Dayton underwent Tommy John surgery in August and thus will likely miss most if not all of the 2018 season. The 29-year-old Alabama native posted a 2.05 ERA as he made the first 25 appearances of his career last year. He opened this season with eight consecutive scoreless appearances and then began to struggle just before being placed on the disabled list in May. He pitched effectively throughout June, but he was sidelined again in July and never returned to Los Angeles’ bullpen.