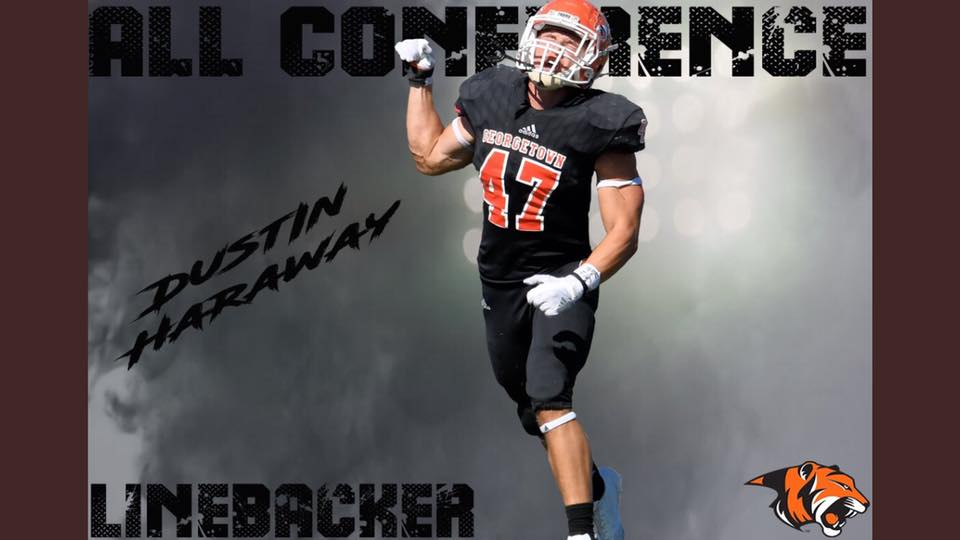 Bob Jones High School alum, and Georgetown College senior linebacker, Dustin Haraway, was selected to the 2017 All-Mid-South Conference Bluegrass Division team announced by conference officials on Thursday. Dustin is listed as a 6 foot and 205 pound outside linebacker on the 8-1 Tigers. Saturday will mark the 21st time in 30 years that Georgetown College football will lace it up in postseason action. This past Sunday, following the completion of an 8-1 season, the No. 12 Tigers learned its fate in the 2017 NAIA Football Championship Series Playoffs. Georgetown College was paired against Baker University, another school steeped in postseason tradition – 16th appearance since 1980. Kickoff is set for 2:07 pm ET and will be televised live on ESPN3.

Dustin, and his brother Dylan Haraway, were standout players for the Patriots during their high school years. Dylan is also a senior football player for the Tigers listed at 6 foot and 200 pounds lined up on the defense side of the ball as a defensive back. Dustin & Dylan are sons of Steve and Donna Haraway of Madison, Alabama. Both young men received Mid-South Conference football student-athlete Academic All MSC honors. In order to be nominated by an institution, a student-athlete must maintain a minimum grade point average of 3.25 on a 4.0 scale and must have achieved at least sophomore academic status. 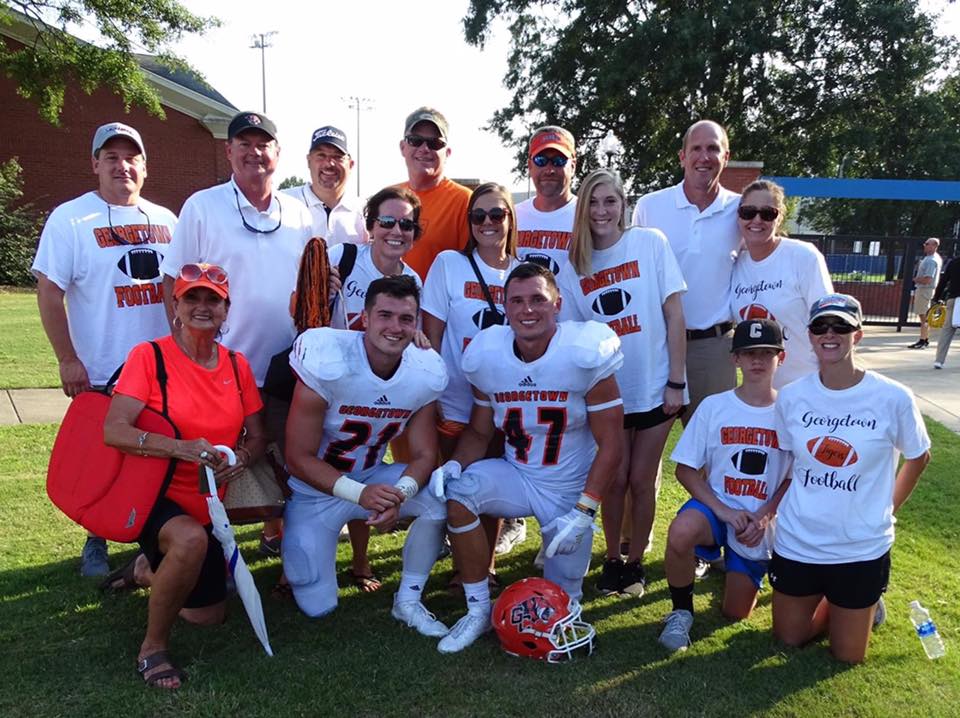