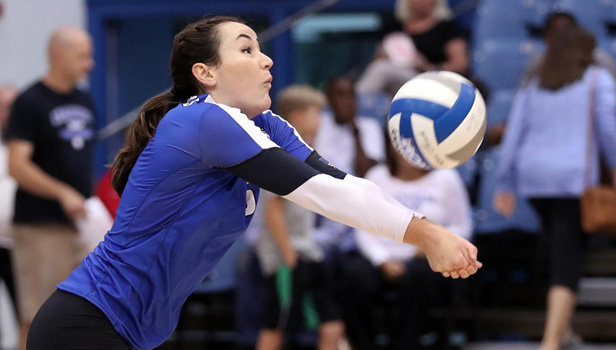 BIRMINGHAM, Ala. | The Gulf South Conference announced its yearly volleyball awards, and The University of Alabama in Huntsville was represented by Haley Hop as a First Team All-GSC honoree.

Hop’s All-GSC award is the first of her career.

A native of Madison, Alabama and Bob Jones High School alum, Hop notched three GSC Defensive Player of the Week honors throughout the 2017 regular season while leading conference in digs per set nearly the entire campaign. Hop enters the GSC tournament Friday with a league-high 5.30 digs per set in addition to rating third in the conference with 567 digs.

As the squad’s libero, Hop registered 20 or more digs on nine occasions including recording a career-high 31 scoops in a win at Christian Brothers on Nov. 4. The Chargers look ahead to the first round of the GSC tournament on Friday at 4 p.m. with a matchup against fifth-seeded Shorter on the West Florida campus in Pensacola, Florida.